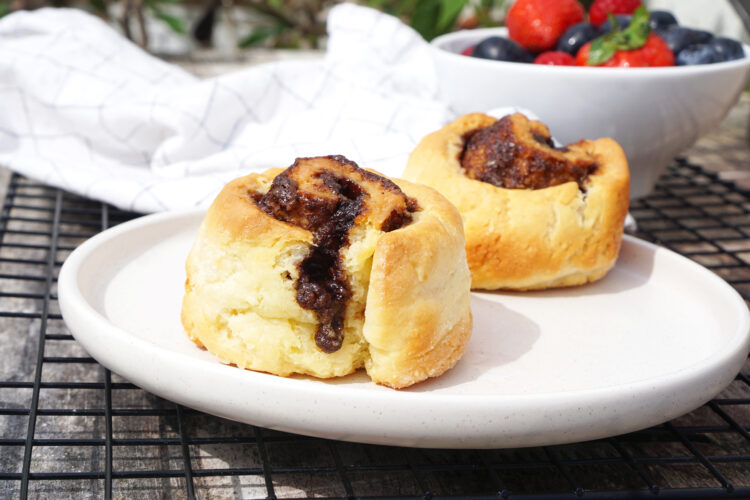 Hey everyone, I hope you’ve all been doing well and staying safe. I’ve been on such a roll lately with the yoghurt based recipes and after last week’s baked doughnuts turned out so unexpectedly fluffy, I’m really excited to share my latest experiment with you today: the easiest, softest and fluffiest gluten free cinnamon buns!

There’s no yeast in this recipe, so no waiting around for the dough to rise, and no egg which is great news for all of us who can’t find any or are having to ration.

And you only need 4 CORE INGREDIENTS!

Plus, you can actually handle the dough with your hands! Gluten free baking often involves choosing between a) a good texture, but a ridiculously messy and temperamental wet dough or b) a manageable dough with a dry cracked cardboard result. But not in this case! Yoghurt magically brings the best of both worlds together yet again.

We’re closing in on week 6 of quarantine here in the UK and I’m not gonna lie, I’ve enjoyed some aspects of it… such as having seemingly endless free time to bake. And as a socially awkward introvert in real life, the lack of social obligations is a nice bonus too. I miss the freedom to go wherever I want (and without the threat of a potentially deadly virus affecting us all!), but I have to say… I don’t really miss being around people that much. Anyone else?

And for those reading this in the future, I guess the world is back to normal now. But even if you can comfortably buy yeast and eggs, I swear they’re not needed. This super simple yoghurt based recipe beats any other I’ve tried before.

BTW, they’re not actually that bad for you at all.

They’re only 215 calories (which is a lot less than most cinnamon buns), there’s very little added sugar and they’re a great source of calcium (each one provides 195mg, nearly a third of daily requirements). 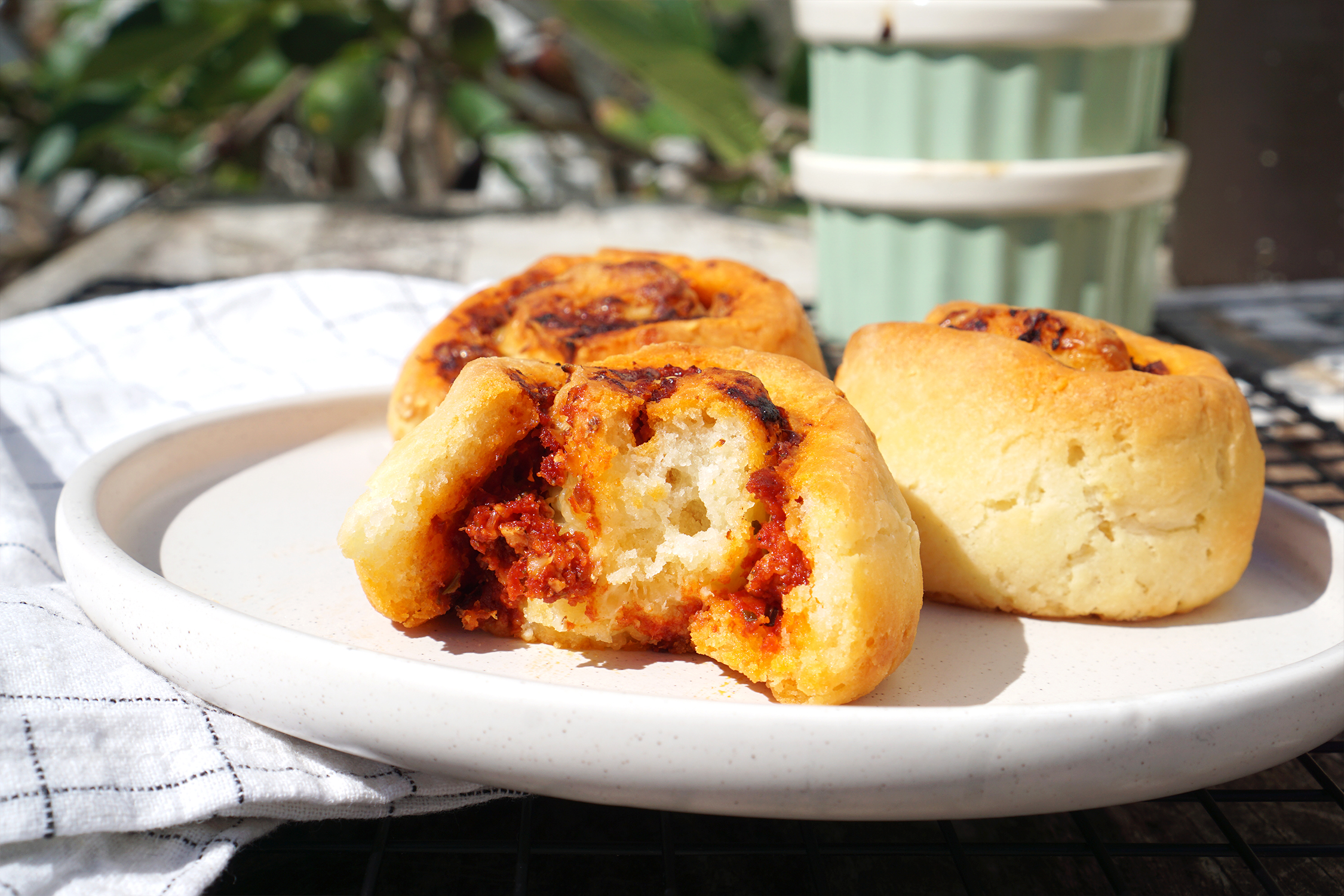 If you’re after some proper classic yeast risen cinnamon rolls, you can also check out my latest RECIPE HERE. These require more time and effort to make, but they’re 100% worth it and almost like the real thing. 😛 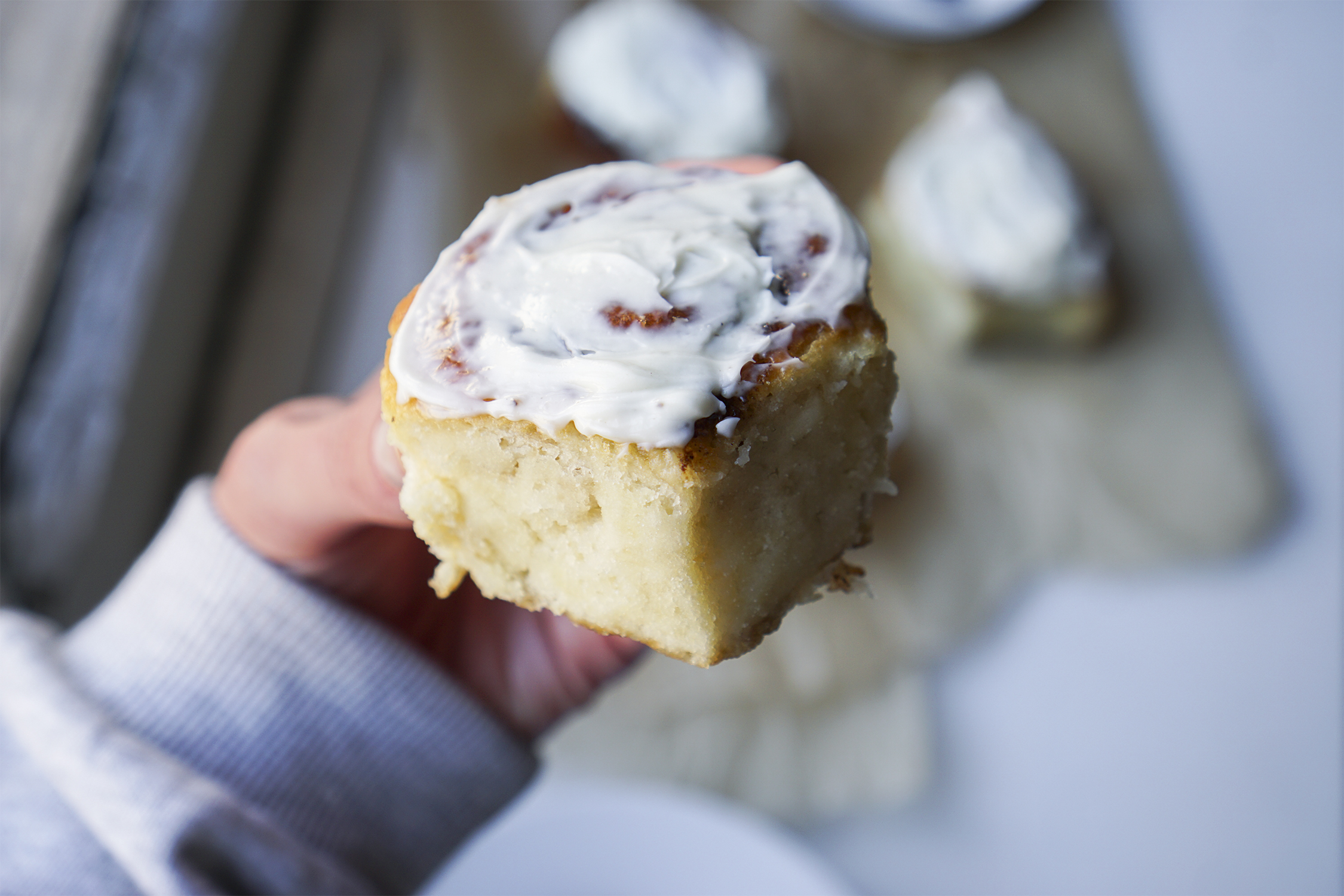 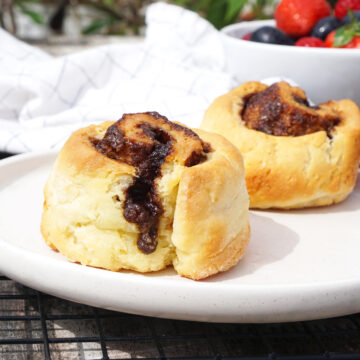 *If you don't have gluten free bread flour, you can substitute for an all purpose blend, but bear in mind that you may need to add a bit more flour to compensate.
Nutrition Information
Calories: 214
3.5.3251 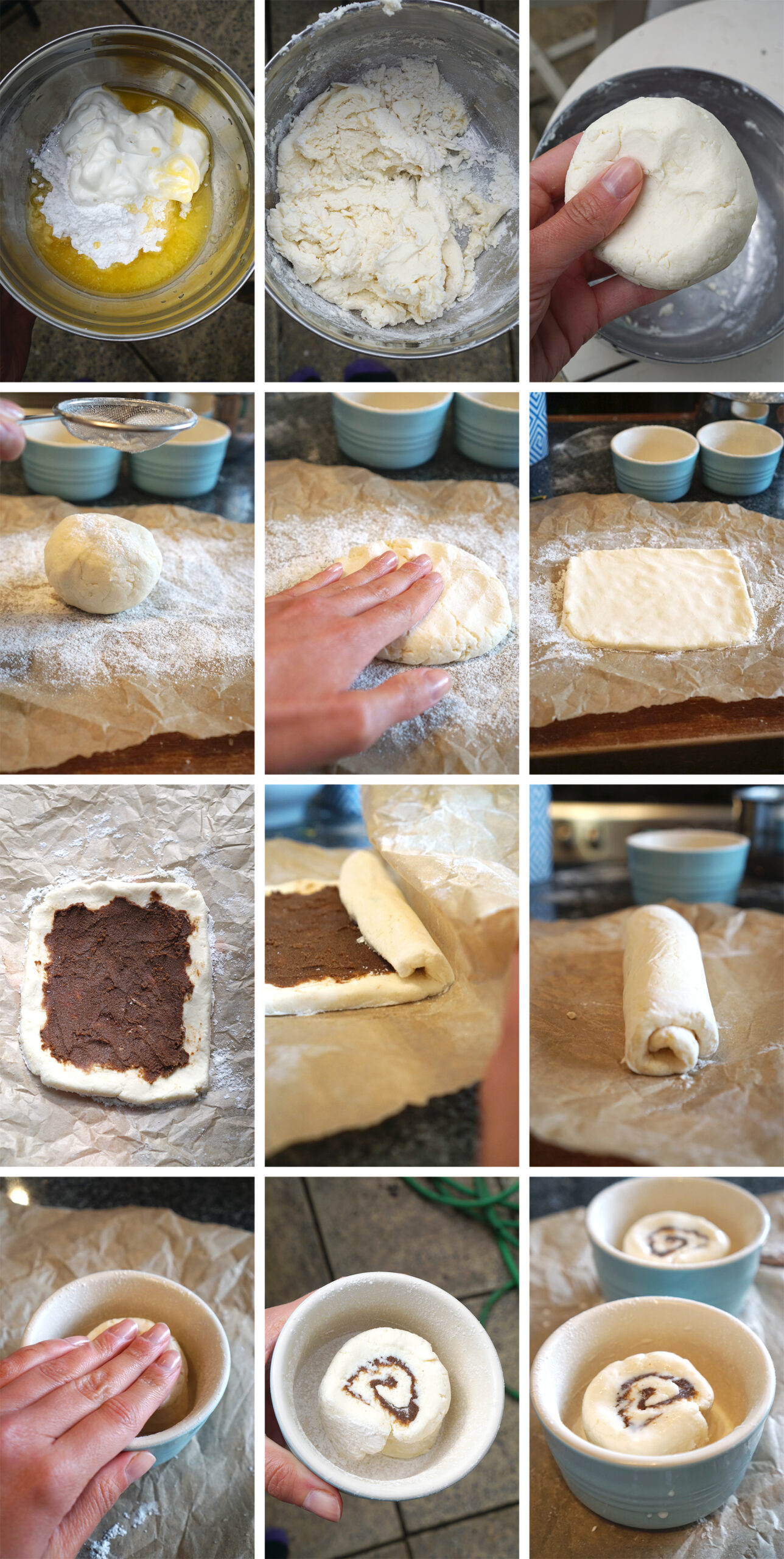 HOW DO I STORE THEM / FREEZE THEM?

As it goes with this type of recipes (especially when gluten free), they are way better eaten fresh straight out of the oven. They tend to dry out and go stale pretty quickly. So if you want to make a big batch, don’t cook them all in one go. In my opinion it’s best to freeze them raw/uncooked, then you can defrost and bake as you go.

If you do have cooked leftovers though, store in a an airtight container and microwave them for a bit to soften them up again.

Hope you enjoy these and let me know what you think in the comments below or on insta. 🙂