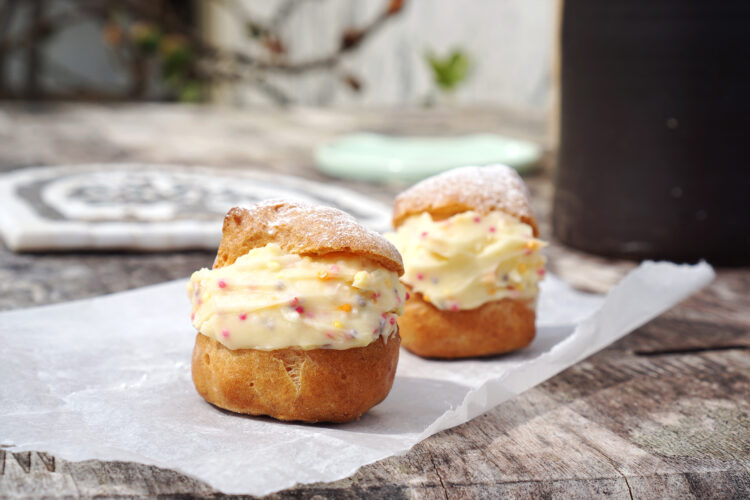 As I mentioned on Instagram yesterday, I finally made dairy free choux pastry!

It’s probably no secret to anyone who follows me on social media that I’m a bit of a dairy addict. But being on lockdown and having to ration my butter supply lol, I decided it was time to trial a dairy free version! I know there are many out there who sadly had to cut out dairy as well as gluten and I often get asked about possible substitutions. So this one is for you!

And it’s surprisingly close to the ‘real’ thing too. Not only did it puff up and create a lovely crisp outer shell with a hollow centre, just like standard buttery choux pastry, but I’d say it actually kept it’s shape more.

The secret ingredient? Lard! Yes, yes. Stay with me. Although it’s not an ingredient used by a lot of people in home cooking these days, it’s actually pretty common in pastries and many pastry chefs swear by it.

Why do I use lard?

Well, first of all it behaves like butter in many ways, but due to being 100% fat (unlike butter which contains water), it can make things crispier. Its higher melting point also helps baked goods keep their shape.

That’s actually great news when it comes to gluten free eclairs since collapsing shortly after baking (due to a weak outer shell or too much moisture left inside) is probably the most common issue.

And of course, lard is dairy free.

I found swapping butter for lard worked really well and my gluten free eclairs and cream puffs actually kept their shape more than my ‘normal’ ones.

Can you taste the lard?

NO. Don’t worry, you can’t taste it. If anything, the worse that’s going to happen is that lard yields a rather tasteless result so you lose that buttery flavour. But it’s not replaced by a funky lard taste. 😉

Some recipes to try:

Just follow the same instructions, but with these dairy free ingredients here.

P.S.: I’m using Freee Foods (by Doves Farm) self-raising flour. If you only have access to plain flour, add 1 tsp of baking powder. 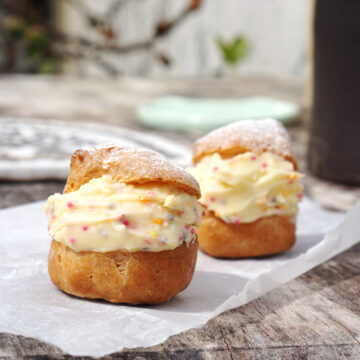 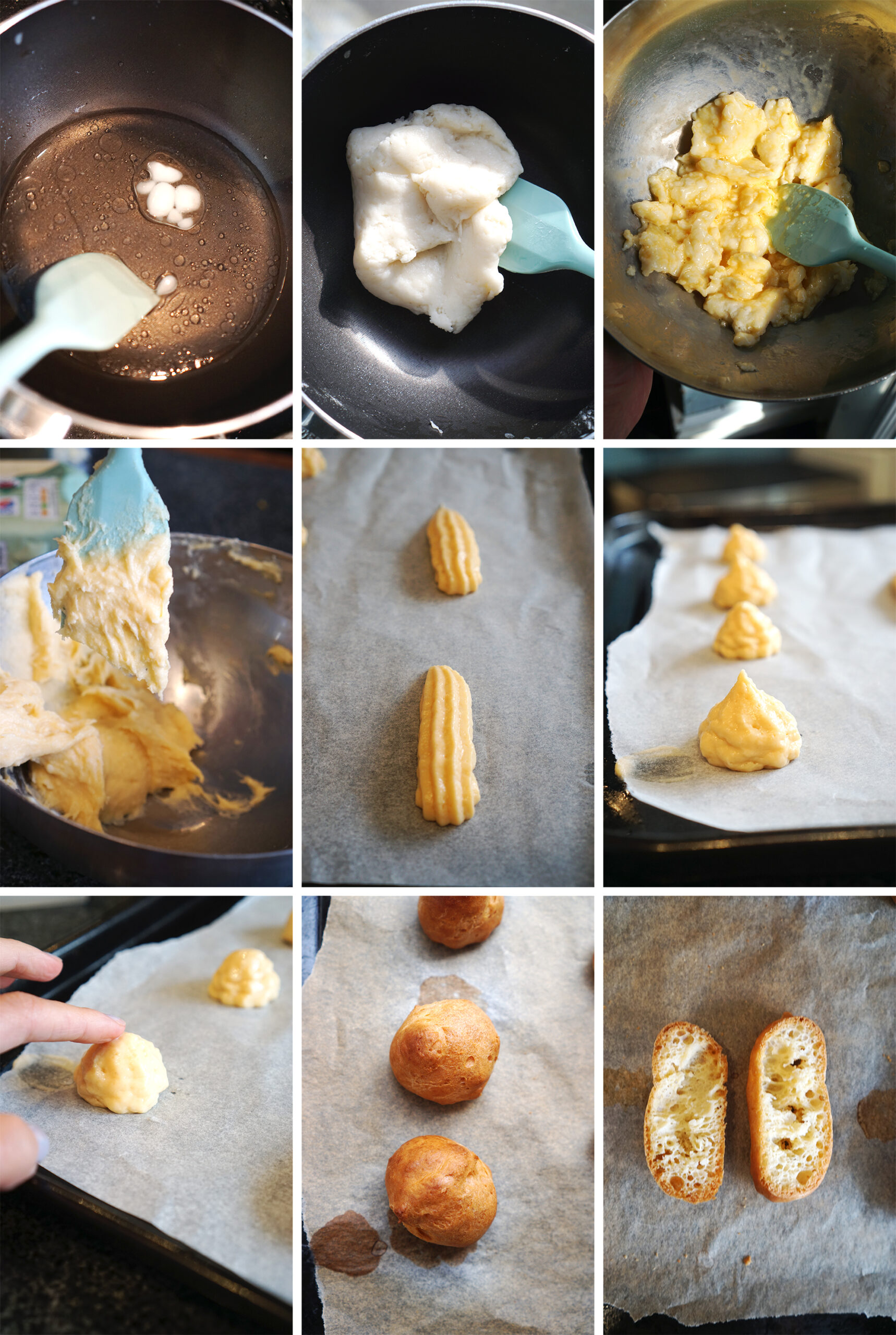 How to cook your choux pastry:

How to store your choux pastry:

Hope you enjoy and let me know what you think if you give it a try, either here in the comments or on insta!