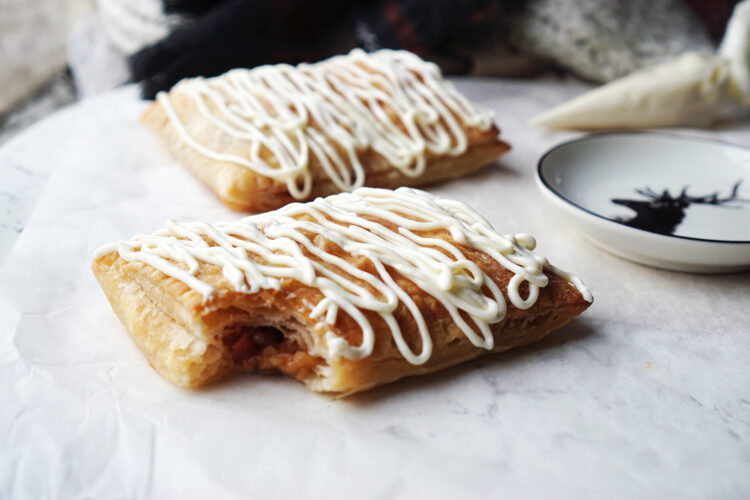 Some super easy gluten free toaster strudels I made from scratch this morning with a deliciously apple and cinnamon filling and a basic two ingredients cream cheese icing.

Is there a more iconic 90s ‘breakfast’ food (that really should have never been classified as a breakfast food because hello it’s a dessert at best) than that? Everyone always talks about pop tarts, but for me it was team toaster strudels all the way! Anyone else?

So I decided to make my own (but better ?) because let’s be honest, my fond childhood memories are probably heavily distorted. They’re super really easy to make, take seconds to whip up and are so delicious. ?

Did you guys in the UK even have these? 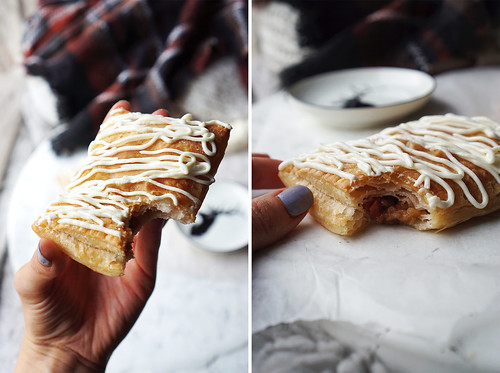 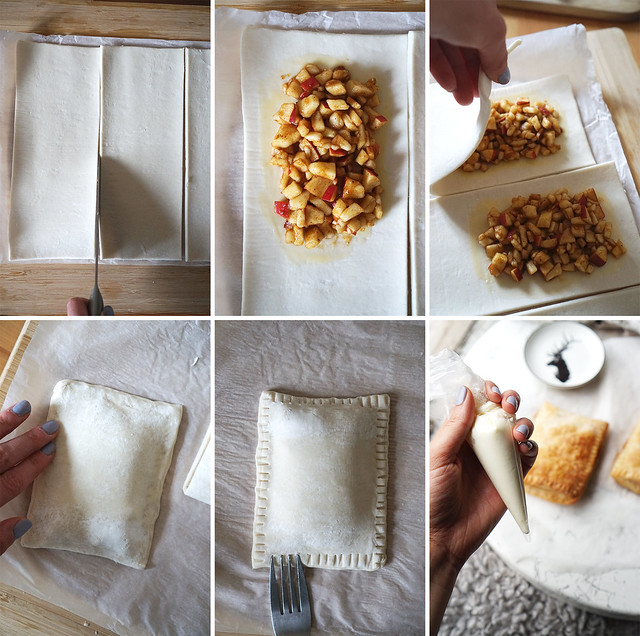