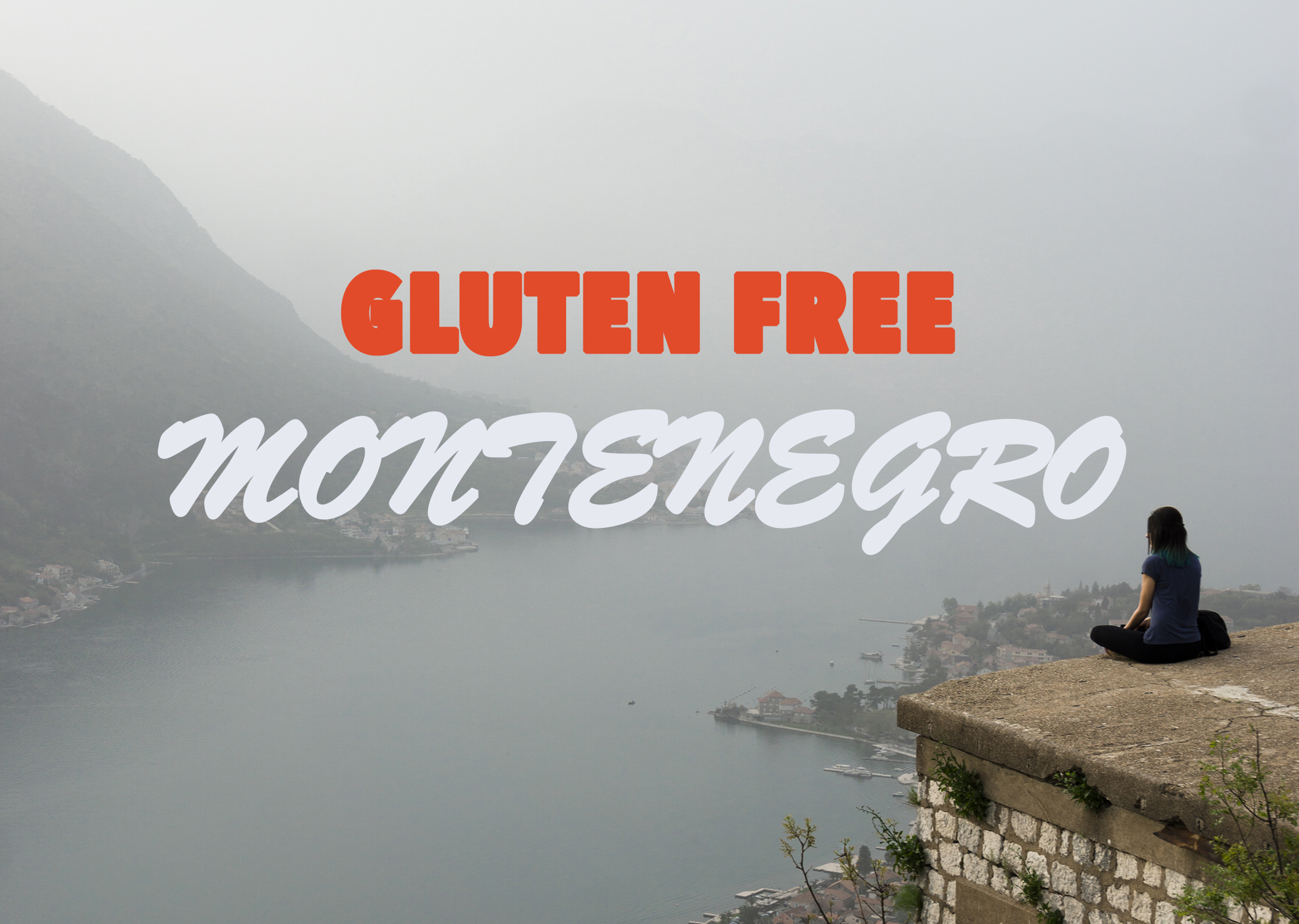 Although we’re beginning to hear more and more about Montenegro – it’s being pushed as the next new hot travel destination by some blogs and publications – it’s still very much an undiscovered part of Southern Europe in comparison to the more obvious choices out there.

I have to admit I knew about the existence of Montenegro, but like a lot of people (I suspect) I wasn’t very familiar with this beautiful country beyond its Yugoslavian history. You don’t really see pictures of Montenegro plastered around the Internet in the same way you see Italy, Greece or Spain, for example. But trust me it’s just every bit as stunning in its own unique ways! From its dramatic steep mountains reminiscent of northern fjords to picturesque medieval towns and its gorgeous coast by the Adriatic Sea, this tiny country of the Balkans has a lot to offer.

For me the deciding point was when I randomly stumbled on a picture of the breathtaking Kotor Bay. ❤ 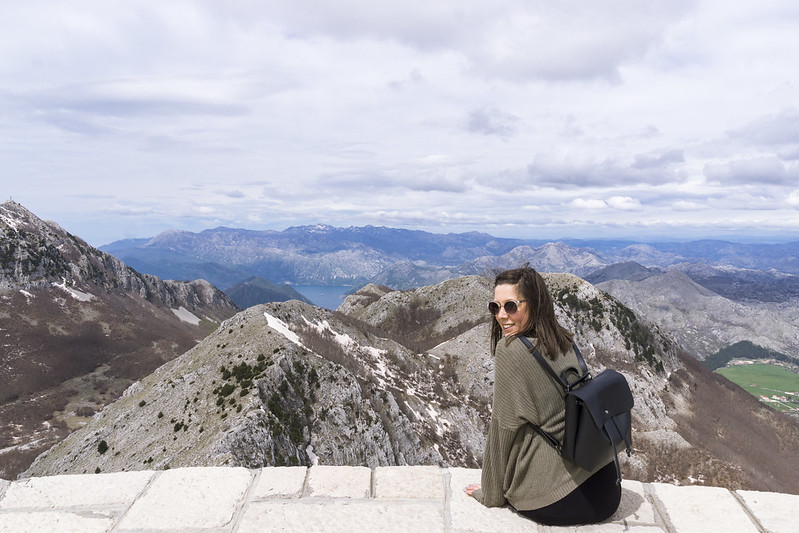 First of all I never pick a holiday destination based on gluten – it’s just not what travel is about to me and no way am I letting a dietary requirement rule my life – so we booked our flights and chose to deal with the gluten issue later. The way I see it is there’s always a way to make it work with self-catering if all things fail.

The short answer is: not really. I was only there for a few days so my experience is limited, but I literally did not see even one restaurant advertising gluten free options. All the research I did prior to my trip spelled the same fate as well. Coeliac Disease and gluten intolerance are just not very well known in Montenegro as far as I can tell. Gluten in all its forms – pizza, pasta, more pizza, bread, SO MUCH pizza – is omnipresent in restaurants. So even if a major part of the local cuisine centres around delicious fresh fish and seafood, finding restaurants that are gluten aware enough to ensure there’s no cross-contamination is a bit difficult.

But I did have a fantastic meal at Luna Rossa in Kotor old town. It’s one of the best steaks I’ve had in a long time! So tender and juicy and the tomato and bell pepper sauce that came with it was absolutely delicious too. Unlike many restaurants, they knew about gluten and cross-contamination and were brilliant! I would definitely recommend it if you ever go to Kotor. And the terrace is stunning too. Everything is so fresh that all the fish is caught locally the very same day and thrown out by the evening if unused. 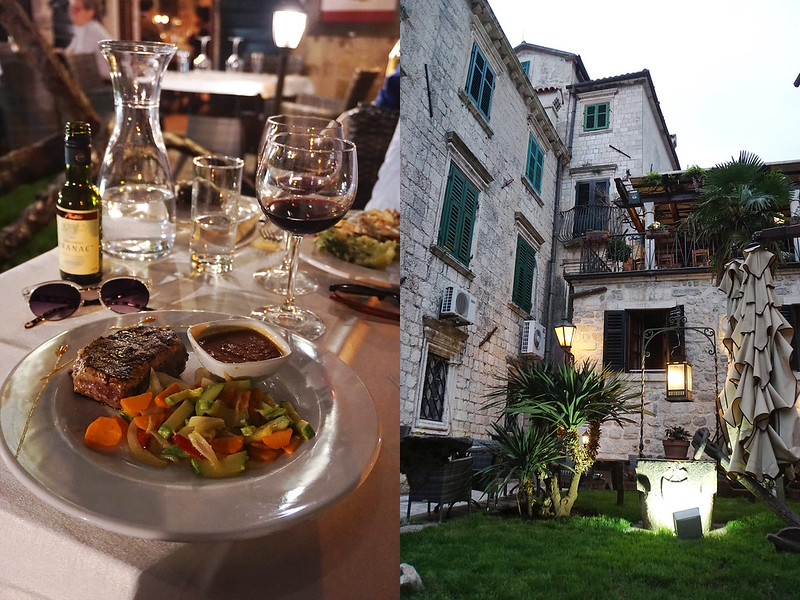 Look for the restaurants that focus on fish and meat.

Overall I think the safest way to eat out in Montenegro is to look for the restaurants that don’t have any pizza on the menu (they’re surprisingly hard to find lol) and focus on fresh grilled fish and meat. I was only there for a few days so I didn’t want to take risks, but there’s a lot of simple delicious fresh dishes to have around the country. Like this classic Montenegrin meal: freshly caught trout with potato, fish soup and salad from a little restaurant near Crnojevica river in Lake Skadar National Park. 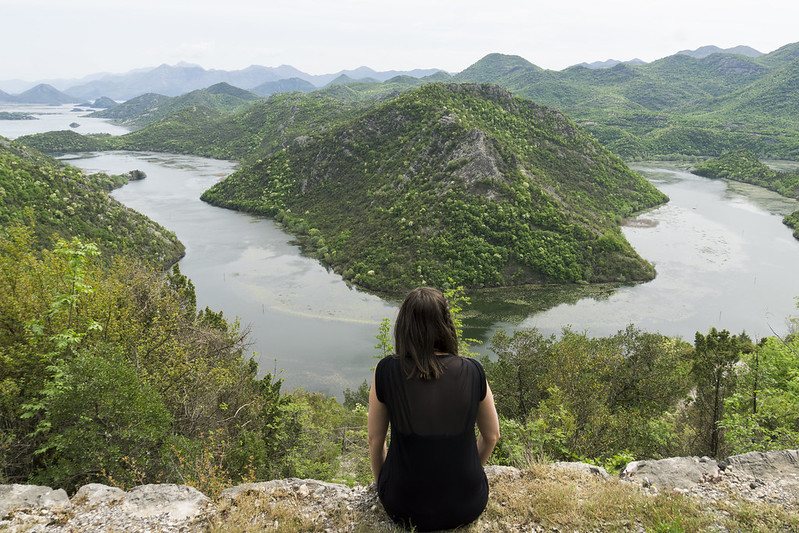 The supermarkets are generally good though!

But overall I recommend opting for an apartment or hotel room that comes with a small kitchenette; it made our lives a lot easier. And while the restaurants are a bit behind on gluten knowledge, the shops and supermarkets have a good selection of gluten free products. The two main supermarkets we consistently saw around the country are Aroma and Idea, the former being much better in my experience. If you’re staying in Kotor (like a lot of tourists do), skip Idea (which is right by the old town) and carry on further to Aroma – they have a huge gluten free section. 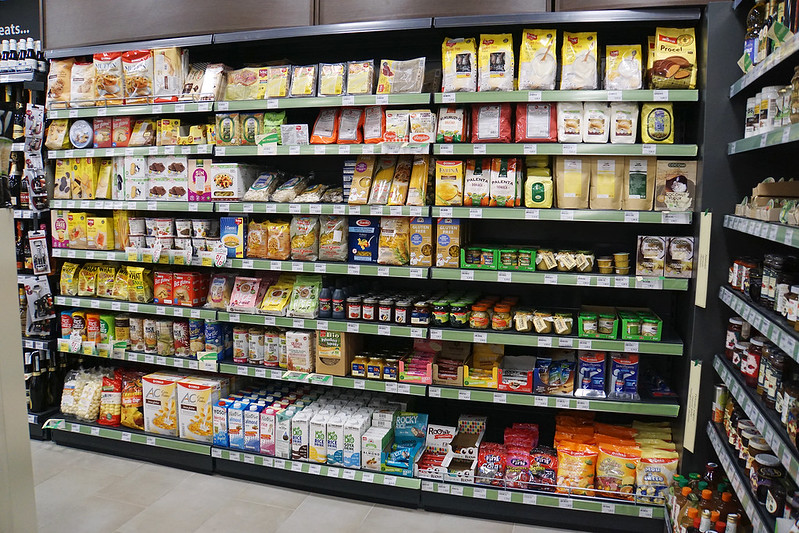 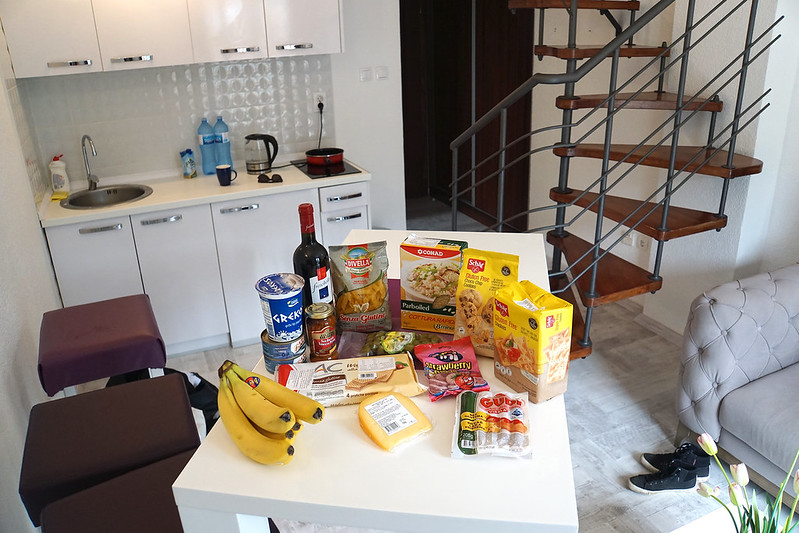 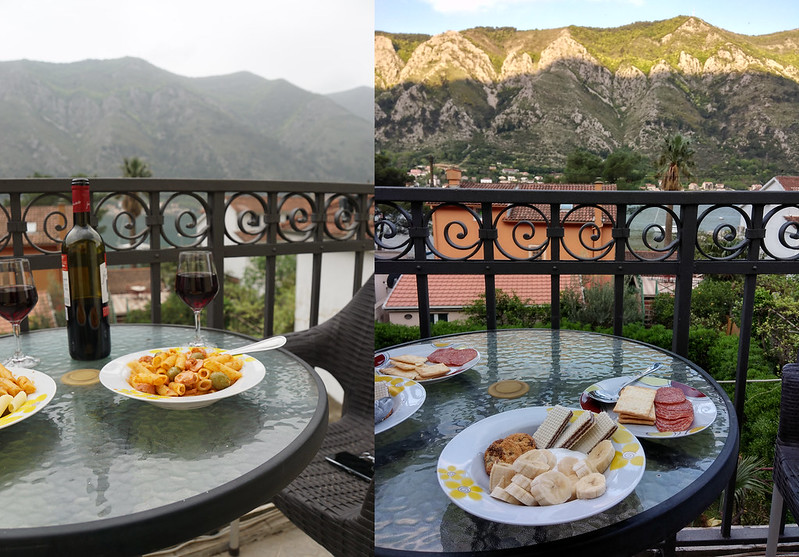 Some of the products in ‘normal’ aisles are also clearly labelled as gluten free (either in Italian “senza glutine” or Montenegrin “bez glutena”), especially the meat like salami, parmaham, sausages, etc. Just a warning, most food packagings don’t have the ingredients written in English! So I recommend bringing a translation card with you or learning the different gluten keywords in Montenegrin before your trip.

There are also a few other shops selling gluten free products in Kotor old town and also one right next to Aroma.

But besides any gluten free struggles, Montenegro has a lot to offer so don’t let that stop you from visiting! Some of my top favourites (in no particular order): 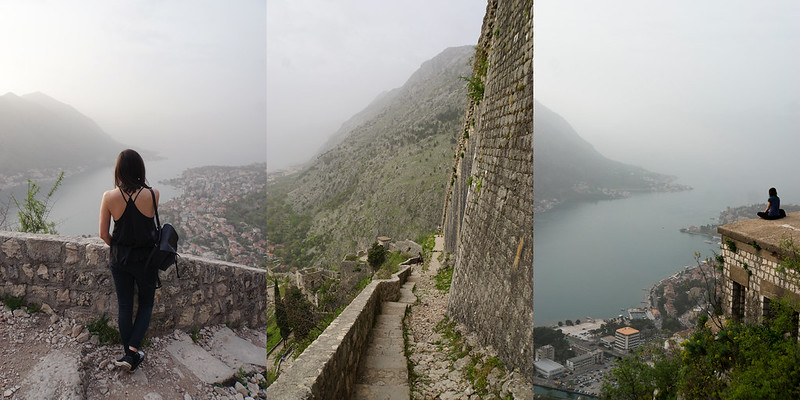 It was so hazy that afternoon that we couldn’t see the impressive mountain backdrop, but it was stunning nevertheless. 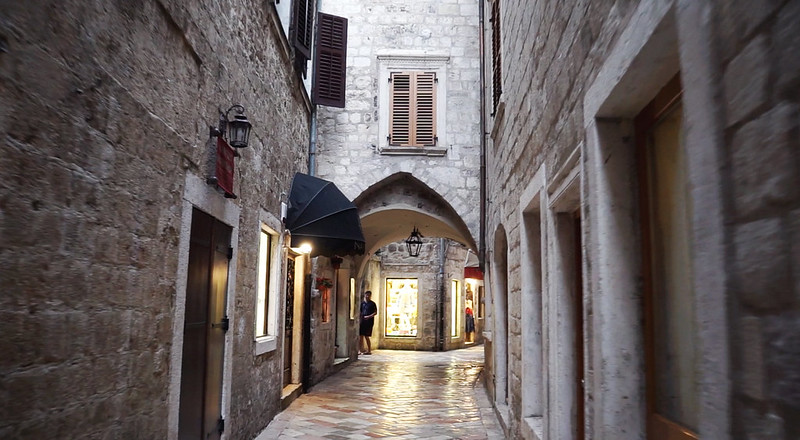 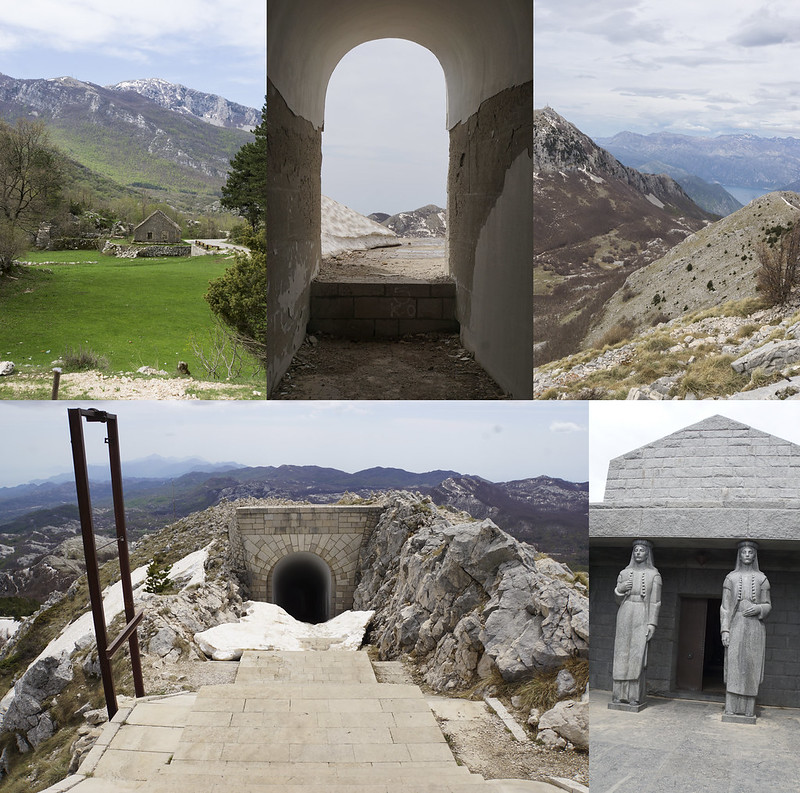 If you can drive I highly recommend renting a car and driving around the picturesque mountains of Lovcen National Park. If not, there are some great tours available for really cheap as well (that’s what we did). There’s an amazing view point on the second highest peak of the area (about 1600m above sea level) that lets you see as far as Croatia, Albania and even Italy on a clear day (see the first picture at the start of my post).

Montenegro is a tiny country so you can easily travel all around it within a short space of time. And since it’s nowhere near as touristic as many other places, you can find really affordable tours and even day trips out to neighbouring countries. Dubrovnik  (a.k.a. Game of Thrones’ Kings Landing for all the fanatics like me out there) is just a couple of hours drive away from Kotor and well worth it if you have a day to spare for it.

We also did a tour with 360 Montenegro which was amazing. For only €30 each (and only 5 us on the tour), we got to visit a million places around Montenegro and all that with the best and friendliest tour guide! I’m not usually one to do guided tours, but I’m glad we booked this one because we ended up having a blast and learning so much about the country along the way. It was a jam packed day full of sight seeing in some of the most beautiful areas of Montenegro mixed in with a boat ride on Crnojevica river, lunch at a remote restaurant local to Lake Skadar National Park and a stop at a local parmaham and rakia producer. He even took us to Budva and some view points which were technically not on the itinerary. Highly recommend it!

For meal ideas, restaurant recommendations and general food inspiration, follow me on any of these social media platforms (where I tend to post daily ?):