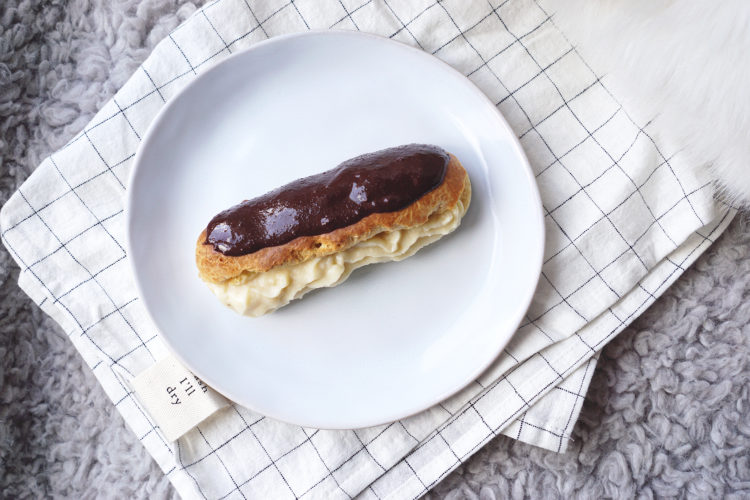 I posted these gluten free eclairs last year, but after much thought I decided to go back to the drawing board and made a lot of changes to the recipe. I wasn’t completely happy with the result at the time and I’ve since gotten so much better at making choux pastry in general.

It’s much better than this old one so I recommend checking that one out instead. You can find it: HERE. 🙂

So after a series of mediocre/failed attempts (I must have eaten a lifetime’s supply of eclairs in the last two weeks lol), I think I’ve finally reached a result I’m happy with! Perfectly puffed up, hollow on the inside, gluten free eclairs with an outer shell strong enough not to collapse during the cooking process. 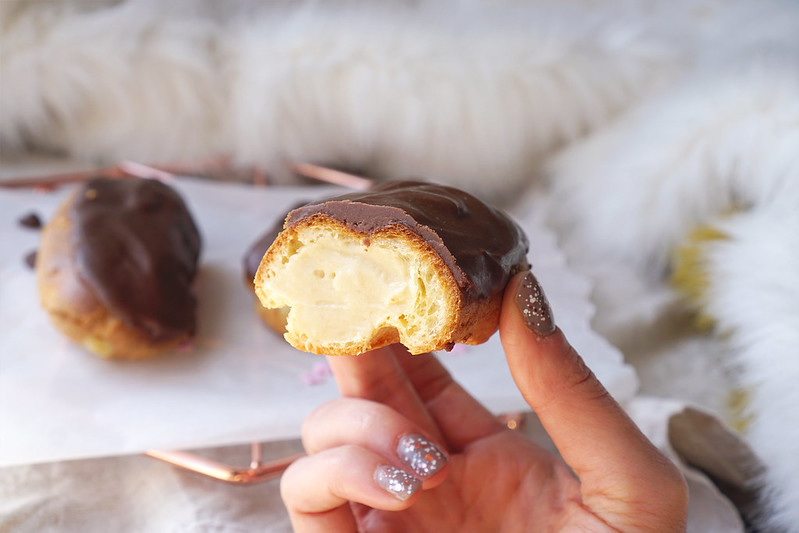 First of all, I ditched the plain flour and opted for self-raising. I know that eclairs are traditionally made without raising agents (the eggs do all the job), but if there’s one thing I’ve learned over the years it’s that sometimes when baking with gluten free ingredients, you have to say “to hell with the rules”. 😛

So I used my trusted Doves Farm self-raising flour for these and the result was so much better. All my attempts with plain flour led to eclairs that were much more dense and not quite right. Whereas the self-raising flour yielded a pretty good result:

For the filling, you can use whipped cream (as a quick option), but nothing beats the classic pastry cream (a very thick form of custard). It’s a bit more time consuming to make as it has to sit in the fridge for a few hours, but it’s very easy and well worth it.

1. Use a French star tip to pipe out the dough. It’s said to help the eclairs keep their shape as they puff up and it also prevents cracks. If you don’t have one, you can also add the ridges on top of your piped out eclairs with a fork.

2. Two ways to cook them. A lot of recipes call for a big burst of heat to start with (220C for 10 mins) followed by 20-25 mins at a lower temperature (175C), but this method has failed a few times and left me with eclairs that collapsed. In my experience, cooking gluten free eclairs on a lower, constant heat (190C / 375F) for 30-35 mins has worked a lot of better. Ovens can vary a lot, give both a try and see what works for you.

3. Add the eggs in slowly, little by little. The quantity of eggs you’ll need will vary depending on certain factors such as the flour blend you use, the size of your eggs and how much liquid is left in your dough before adding the eggs. Hence why I wrote 2 to 3 eggs in the ingredients list, as a guide. Add as little or as much as you personally need to reach the correct consistency: it should run downwards when you hold the spatula up, but should not be wet enough to drip into the bowl (see picture collage further down).

Can I freeze them / choux pastry?

Yes you can! Instead of cooking a bunch of pastries and having too many to eat in one go, you can simply divide the dough into portions and freeze them individually (wrapped in cling film and put in properly sealable freezer bags). Some pastry chefs even swear by this.

You can also freeze cooked profiteroles and eclairs, but I’ve never actually tried it myself. 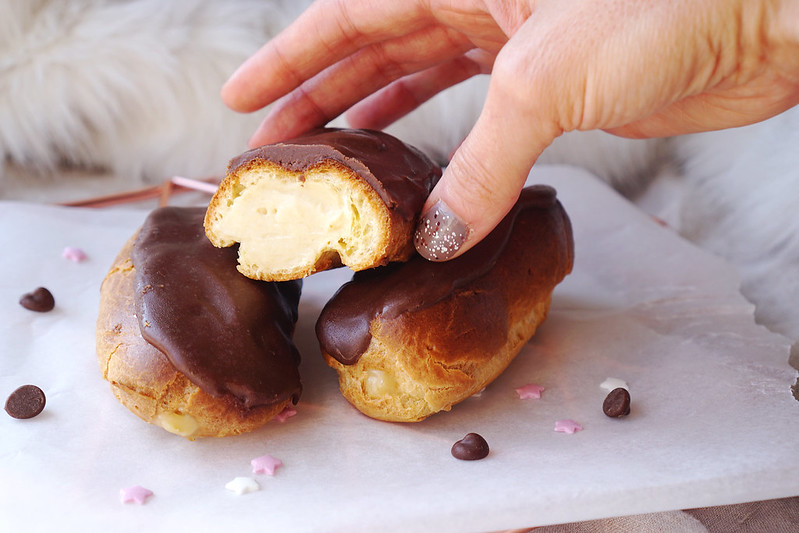 How to Make Gluten Free Eclairs 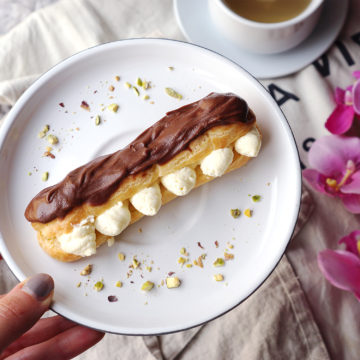 Prep time
20 mins
Cook time
35 mins
Total time
55 mins
How to make your own gluten free eclairs from scratch. This French classic is not only one of the best desserts, but surprisingly easy to make too!
Author: Kimi
Recipe type: Baking
Cuisine: French
Serves: 5 large or 6 to 8 small eclairs
Ingredients
For the eclairs:
For pastry cream:
For whipped cream:
For the icing:
Notes
BAKING INSTRUCTIONS: 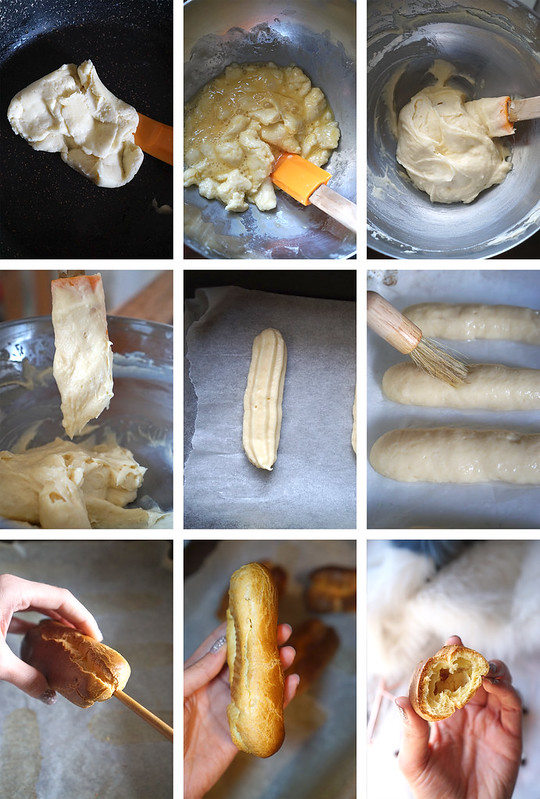 How to make the eclairs:

For the chocolate icing: 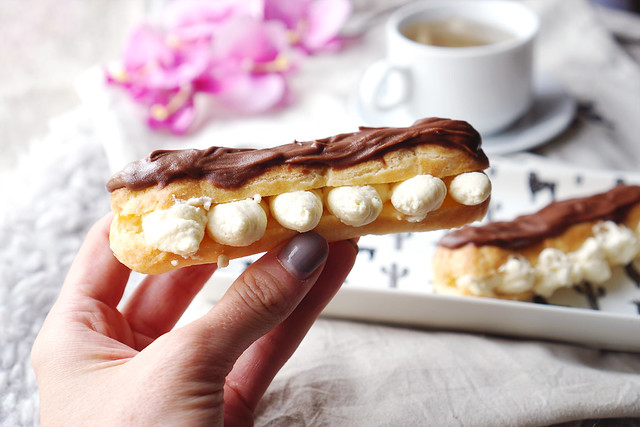