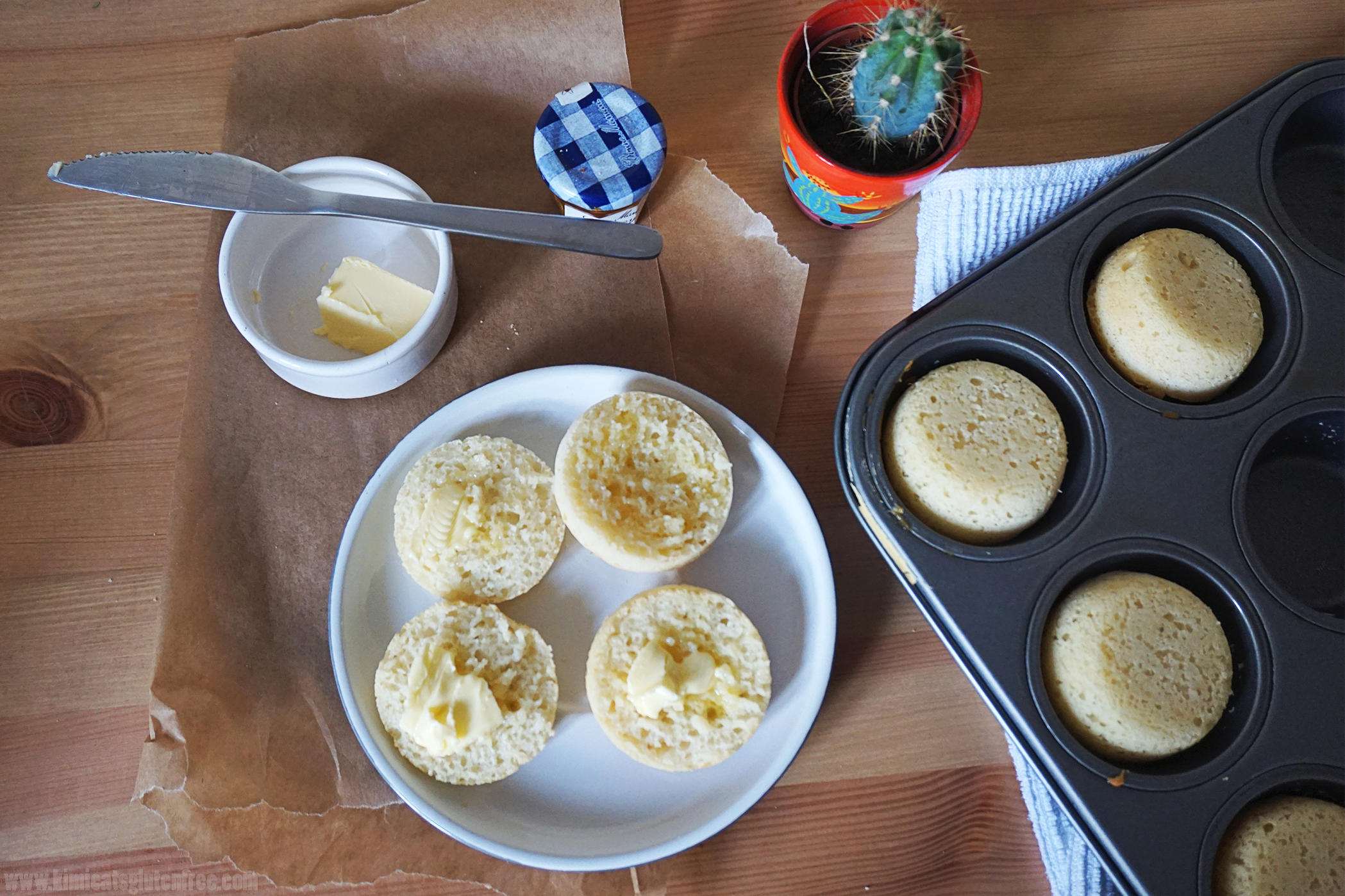 Today’s recipe post is for baked gluten free crumpets | a simplified oven-cooked version of a British Victorian classic made into a muffin tin. 🙂

Over the years I’ve heard people complain about the lack of gluten free crumpets on the market (or that existing ones aren’t that great), but I never actually see anyone talk about making their own, nor did it ever cross my mind either until now. And I’m honestly left wondering why because it turns out that crumpets are incredibly easy to make.

Unlike the vast majority of bread products, crumpets are traditionally pan fried and not baked. But to do so, one must not only have crumpet rings at home, but also have time on their hand to cook the crumpets in small batches… because there are only so many that fit into a frying pan at one time.

Since I have none of these – well technically I do have time, but not the patience 😉 – I decided to bake them in a muffin tin instead. And you know what, that works for me! 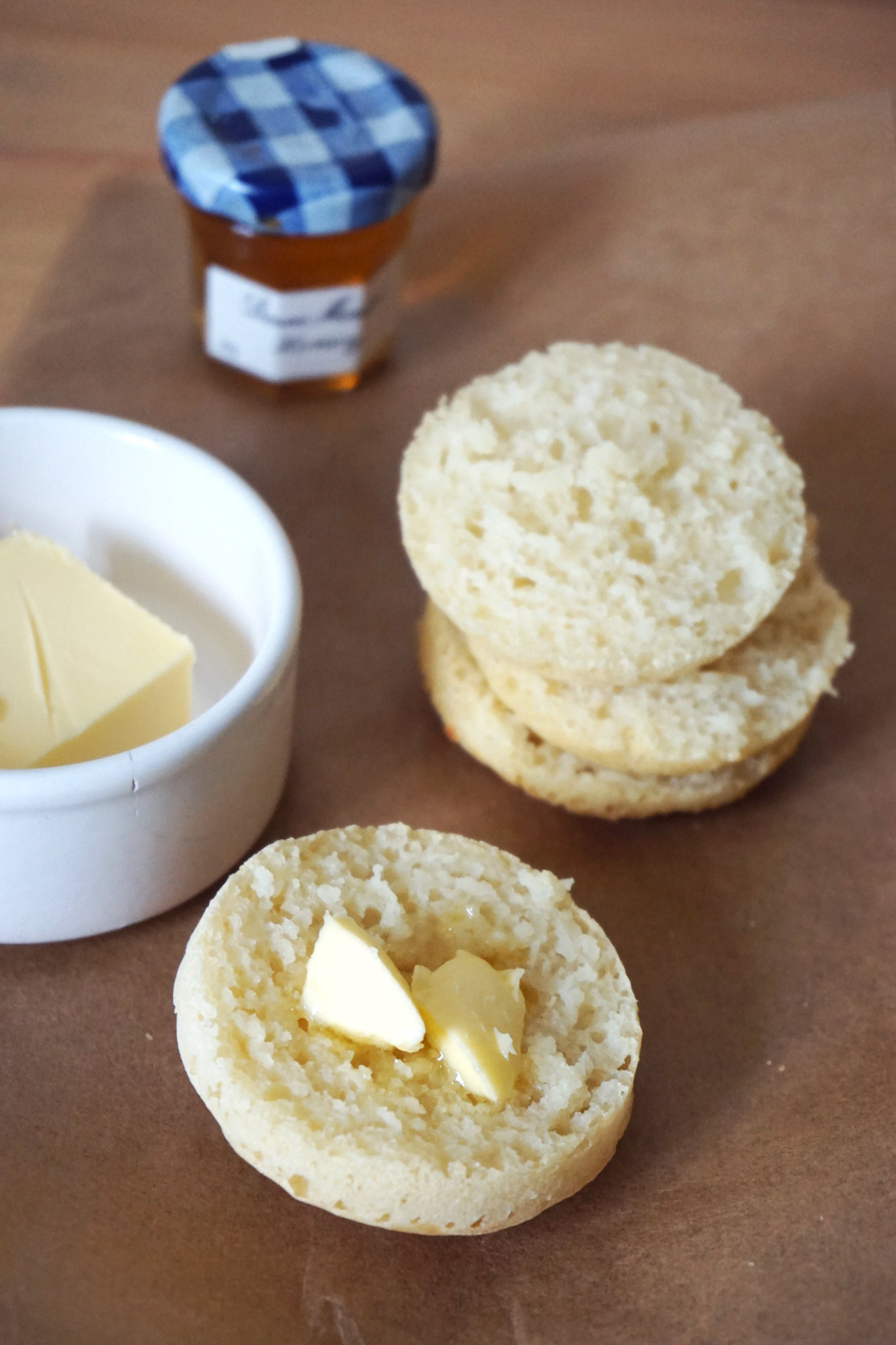 Besides having to let the batter rise, the ingredients are very basic and the process couldn’t be simpler. And baking them just takes the simplicity level up another notch. 🙂

Another point worth noting is that crumpet recipes usually ask for bread flour. But again, I’m rebelling and using bog standard self-raising flour (Doves Farm) because that’s all I have at the moment. Plus it already has raising agents and xanthan gum added. What can I say, it makes life easier and it seems to work!

If you want to be as accurate as possible, use bread flour and fry the crumpets instead, but otherwise they’re good baked too. I wasn’t sure what to expect, but the texture ended up spot on; super airy and spongy! 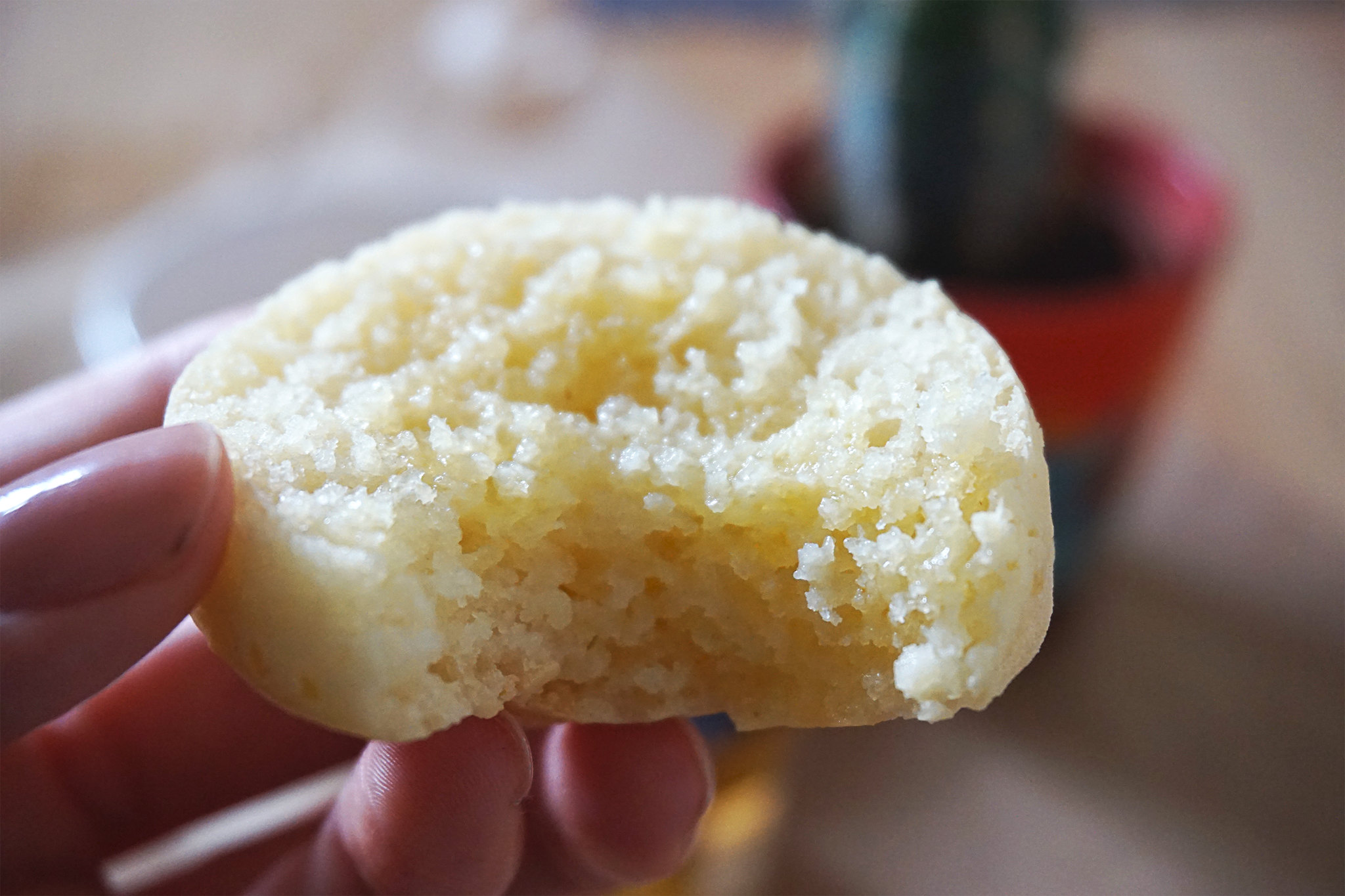 Okay so they look a bit different straight out of the muffin tin, but all you have to do is slice the crumpets in half to get them little holes. 😀

Some may say “well if it’s baked and you have to split it in half, doesn’t that make it more of an English muffin?”. But texture wise they’re really like crumpets and not English muffins, which have more of a bread feel in my experience.

What do you think? Let me know in the comments!

(Edit: I would recommend eating these baked gluten free crumpets fresh out of he oven. Although they were still good the next day, the texture wasn’t the same. Less spongy and more bread like. Like a lot of homemade bread products, especially gluten free, they tend to dry out much quicker than their shop bought version.)

Note: Doves Farm self-raising flour already contains raising agents and xanthan gum (although I personally like to add just a little bit more baking powder). But if you’re using plain flour instead of self-raising, make the following changes below: