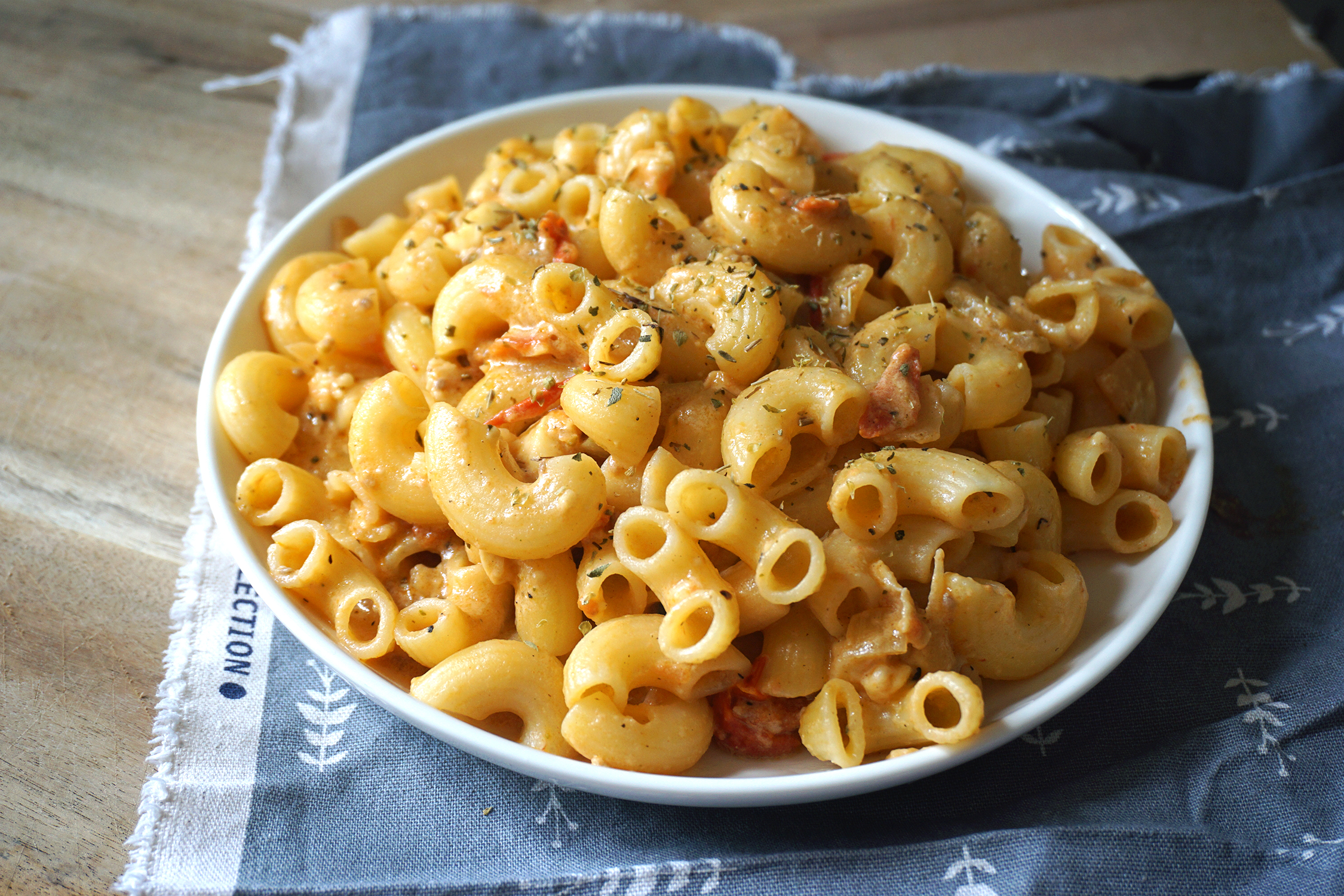 Brie macaroni cheese made with added cherry tomatoes and extra mature cheddar. This is quite an easy recipe to make and it’s actually relatively light in comparison to how other other mac and cheese recipes can get. And I love adding tomatoes for extra flavour (and nutritional goodness). 🙂

When I first went gluten free, I never thought I would moan about this, but who else misses having a variety of pasta shapes? In the gluten free world, It seems there’s rarely anything beyond fusilli, penne and spaghetti… and I know it may sound a bit silly because ultimately they all taste the same, but they do add a different feel and texture. I so miss those little bows, farfalle!

I know if my newly gluten free self could hear this, she would probably feel the urge to slap me… because not only did we not have a large variety of pasta shapes back then, but we barely had gluten free pasta (or gluten free anything!) full stop. In fact this was around the time that Genius released their first fresh gluten free bread and everyone was raving about it and how revolutionary it was. Like the gluten free world had just set sail for new exciting horizons. haha Because you see, at the time the free from section was really not what it is today in 2017.

Let’s just say we’ve come a long way since then, in just under 10 years. And those who went gluten free even before me know this all too well (and are probably shouting at the screen “2010 was actually a really good time to be gluten free in comparison to the 80’s!”). But now we’re so spoiled that we get to moan about the lack of pasta shapes and that can only be a good thing. It means that things are going forward. 😉

And so this brings me onto this nice little discovery I made in Morrisons a few days ago: gluten free macaroni!! 😀 I’m sure some of you remember Heinz had some a few years ago, as well as other pasta, but they eventually disappeared from the shelves and never came back. They were so good, what happened to them!? No other company has done gluten free macaroni since then, at least not to my knowledge, so spotting these in Morrisons was a nice surprise! Even more so because out of all the supermarket own brand free from pasta, Morrisons pasta are actually really good! 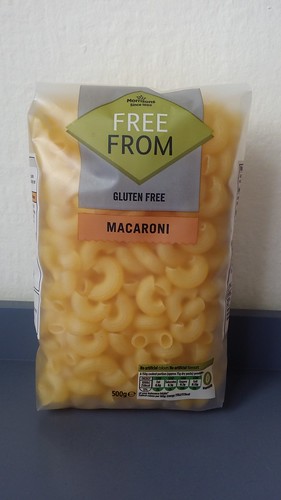 So we grabbed a few bags to stock up and of course we had to make a compulsory mac n cheese! It’s quite similar to a previous macaroni cheese recipe I posted in the past {tomato mac and cheese}, but the main difference is that this one is made with brie. 🙂 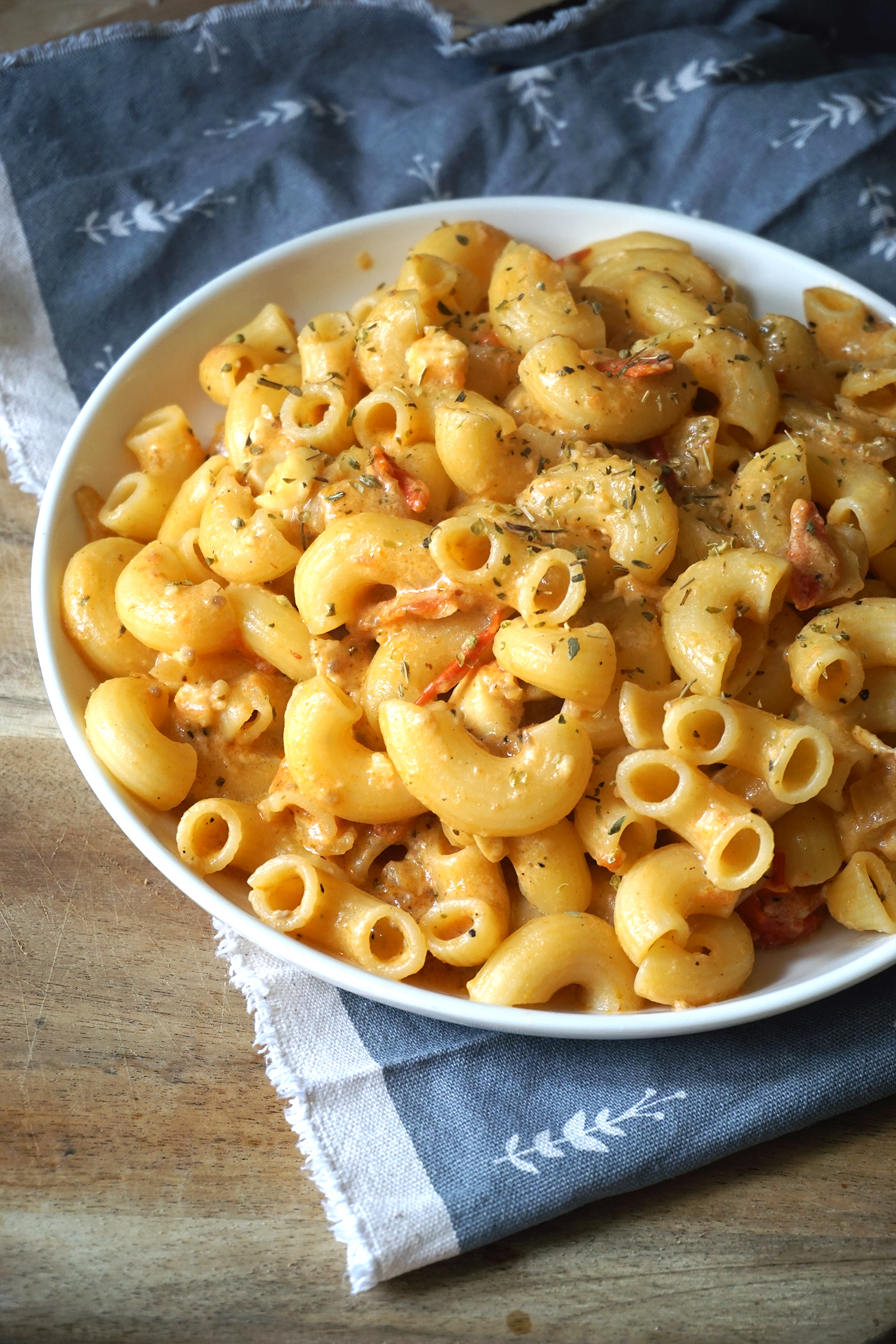