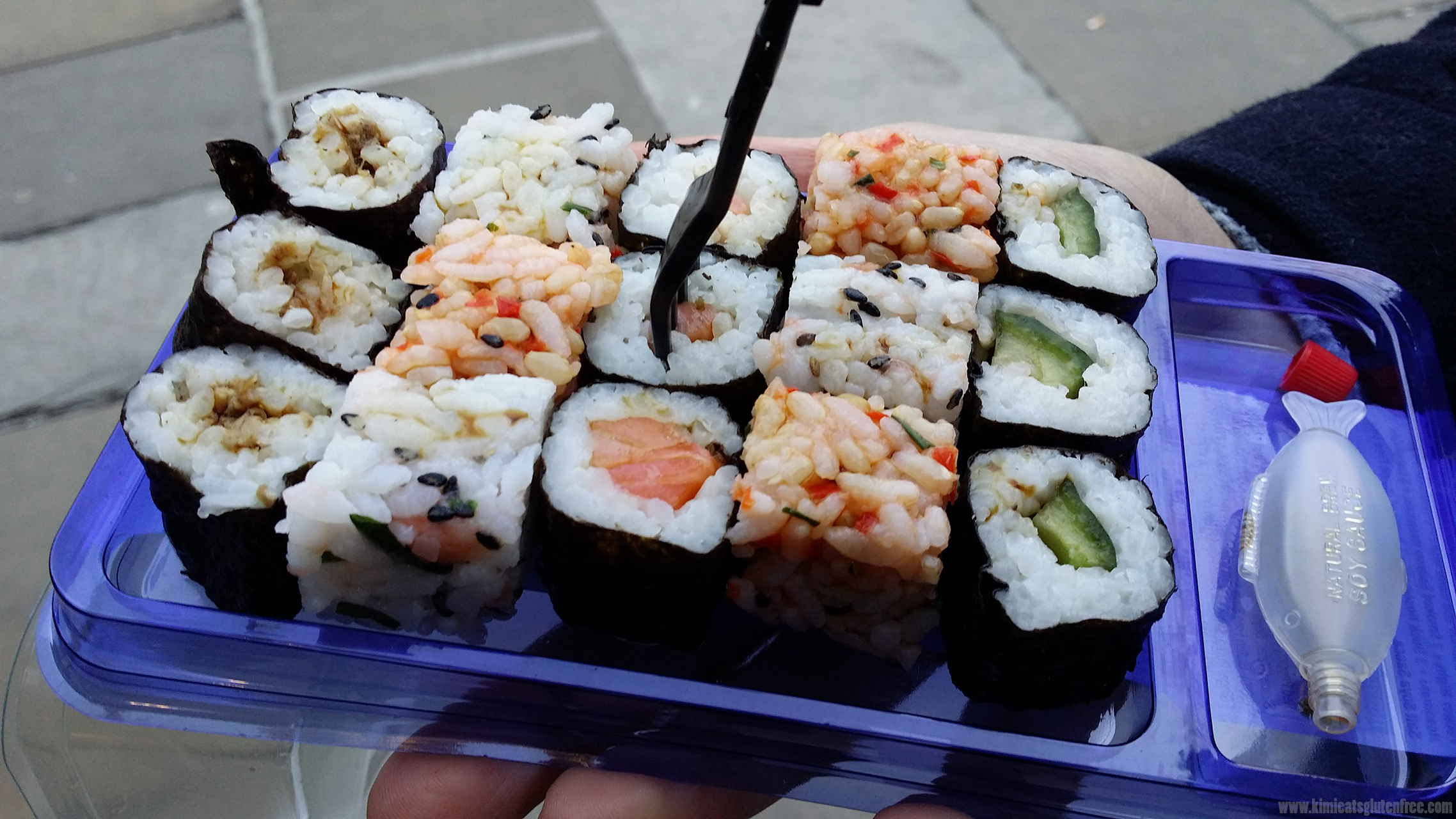 Grabbing food on the go has just become easier thanks to Boots upgrading their pre-made sushi to gluten free!

From the little tube of gluten containing soy sauce provided being a possible cross contamination risk to full blown wheat starch being used to help the rice stick together, surprisingly a lot of pre-made sushi out there aren’t gluten free. For that reason, although most people assume sushi is a safe gluten free option, this move by Boots is a great step forward for us gluten free people!

In reality it’s not as if there being gluten or not will make a difference to ‘normal’ people in terms of flavour and texture. Some foods just aren’t the same without gluten, like bread, but sushi is a perfect example of a food that doesn’t need gluten at all. In fact authentic sushi never contains wheat starch to begin with and we eat such a small amount of soy sauce in those pre-made packs that the taste difference is really insignificant.

To be honest it’s surprising that no other shop/supermarket has done this already seeing as it’s such an easy way to reach the gluten free market without alienating the ‘normals’. And in many cases, like Boots, all they need to do is switch the normal soy sauce to a gluten free version. Who knows, maybe this will set a new trend? *wink wink nudge nudge*

I don’t know exactly how long these have been around. To be honest I’d given up checking sushi a long time ago, but judging by the ‘new improved gluten free soy sauce’ label, it being recent is a given guess! I checked their website quickly and couldn’t find anything about this either. I don’t know if this new change applies to all their sushi so be sure to double check before buying, but every single one available at the store I was at certainly was. 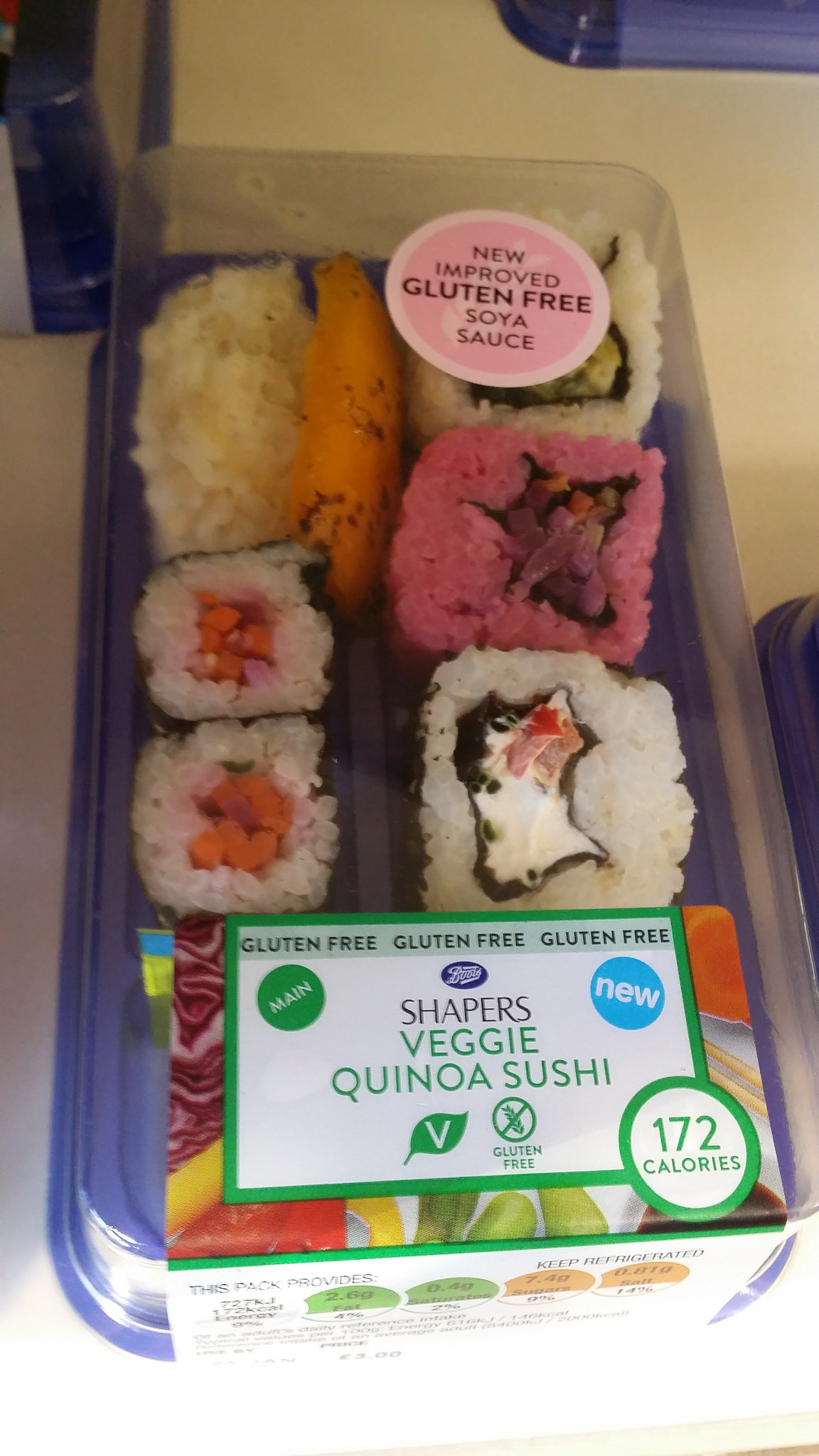 This also includes some sushi salads:

Pre-made sushi used to be one of my go-to lunches or snacks on the go so it’s great to have that option again. Gluten free food on the go keeps on getting better in this country. M&S has by far the largest selection, but as much as I love them, there isn’t always one nearby. Seeing as Boots is all over the country, this makes it a safe option that’s accessible to almost everyone as well. 🙂

For simple healthy meal ideas and general food inspiration, you can find me on: